Discover more about crowdfunding and what you can use it for! 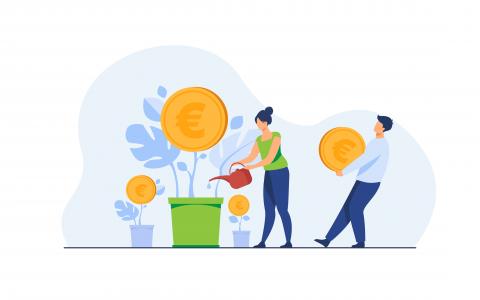 What do you do when you have a big goal and too little money to achieve it on your own?

You may ask your friends and family to help you by either donating a bit of money or giving you a small loan. When you expand that idea to an entire neighborhood, or region and build an organization around it, it becomes a community.

Crowdfunding, in a nutshell, is the natural extension of this idea to even larger communities with the help of the internet.

Or, to put it in a more simplistic way: Crowdfunding is a way of raising finance by asking a large number of people to contribute to a funding goal with a small amount of money!

Through crowdfunding, Communities and individuals can reach out to the crowd to validate ideas, collect money, and engage with both citizens and decision makers. This relatively new funding tool can also improve their visibility and, overall, foster an environment of collective decision-making in order to fund socially relevant projects to the benefit of their members.

Crowdfunding’s collective financing model is especially appropriate to answer the enormous challenges faced by citizens and households suffering from energy poverty. In this scenario, crowdfunding can provide the necessary funds for community-driven, small-scale renewable and/or energy efficiency projects in a timely manner, with less bureaucracy and regulatory complexity if compared to more traditional financing sources, where bank loans, structured around economies of scale, are effectively crowded out 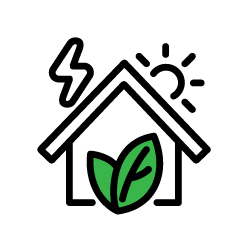 Muster the support of the crowd to support energy efficiency renovation of your household / building. Pull your resources together to upgrade your HVAC system, re-coat your building, or improve the insulation of your windows to reduce your heating consumption. 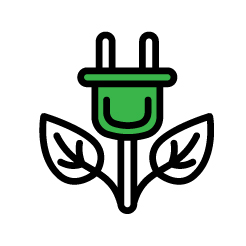 Use crowdfunding community approach to finance the installation of solar panels and start producing your own renewable energy. Collective financing can help realize installations by putting up the initial capital required to make a large investment in electricity generation capacity. 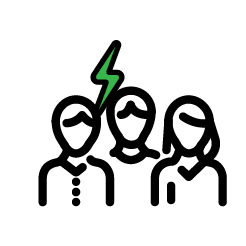 If you are part of an off-grid community, crowdfunding can also support you in improving your access to energy by allowing you to pull together the resources and capital required for capital-intensive off-grid energy projects.

How does it work

At its core, crowdfunding it’s based on the relationship and interactions between three main actors.

Online platforms receive applications from project owners who intend to showcase their business idea or cause on the platform’s website. Some platforms make a pre-selection of the ideas based on their own criteria, while others automatically publish every idea.

After an idea is accepted by the online platform, the project owner is tasked with setting a funding goal that must be achieved within a defined period of time, as well as an online “pitch” (most of the times in the form of a video), where the project owner pitches his/her idea to potential funders.

An important element to keep in mind is that crowdfunding is a flexible financing tool that can offer many different options, both to project owners and to backers/investors. Four main models are generally identified in the market.

Donation based: donating small amounts to meet the larger funding aim of a specific project while receiving no financial or material return in exchange

Reward based: donating small amounts to meet the larger funding aim of a specific project with the expectation of receiving a tangible (but non-financial) reward or product in return

Peer-to-Peer lending (subdivided into consumer and business lending): borrowing from a number of lenders via an online platform, each lender lending a (small) amount in return for financial compensation

Equity based: invest in a business via an online crowdfunding platform in return for a share in the business

While some platforms focus only on one model (e.g., donations), others offer mixed options (e.g., rewards, equity).

Finding the right funding model for your project is an important step for a successful campaign. A careful consideration of these different models is essential before launching a campaign.

Not all platforms are equal!

To crowdfund an idea, it is imperative to use the correct platform. This choice depends on the stage of the project and the type and size of any required investment.

First of all, you have to think about which type of crowdfunding fits your project better. Then, you can select between different types of crowdfunding platforms by using criteria such as specialization, allocation of funding or costs:

Specialization: One difference between platforms is their specialization in terms of business sector

Allocation of funding: In general, each platform decides in which way the funding is allocated, but normally there are two variations.

All-or-nothing: Project will only be funded after reaching a pre-defined funding goal.

Take it all: Projects benefit from every euro raised.

Costs: There is a wide variety of underlying business models of platforms, e.g. preparation fees, success-based fees and transaction costs. Consider that the overall costs correspond to approximately 4-10% of the raised funding. In general, you should check the overall cost structure and compare platforms. Do not forget to include also yearly fees for payment of commission or interest to investors, if they are handled by platform, and the additional fees for campaign-support, post-campaign logistic, and handling of rewards.

If you are a crowdfunding platform or energy community interested in alleviating energy poverty, Join Us!